At the end of 2015, I made the decision to treat myself to a new computer. My old Windows PC was on its last legs, and it was time. I wanted my next machine to be an Apple one. So, I decided to take the leap and do something I’ve always wanted to try: a hackintosh

The concept of a hackintosh has always intrigued me, you take a ‘standard’ PC build and install macOS on it. However, there are issues: macOS is designed to run on hardware combinations specifically chosen for the ‘Mac’ line of products, part of Apple’s ‘It Just Works’ mantra. All we’re essentially doing, is gathering similar hardware and tricking macOS into thinking that your computer is a legitimate Mac.

Depending on your hardware combinations, this can either be incredibly easy, or incredibly hard. You can’t just take any old motherboard and expect that macOS will work flawlessly on it without having to modify anything. If that were the case, there wouldn’t be a need for ‘hackintosh’ and macOS would be similar to Windows.

So what’s it like? Does it break every other week? Is it just as good as a real Mac? Does it Just Work? I’ll try and provide some insight after having used mine as my primary machine for nearly a year-and-a-half.

Why not buy a real Mac?

A Combination of reasons. First and foremost: I couldn’t afford one. I wasn’t making enough money at the time of purchase to justify it, and Windows 10 had less than impressed me. My entire build came to around £400 or so with the hardware below:

Not an incredible build by any means, but the budget was strict and performance is (still) excellent. Which leads me to my next point: The Touchbar Macbook Pro was an underpowered machine, and as of writing this, it’s been nearly 2 years since the Mac Pro and iMac were last updated. I feel like this sort of leaves those who want the latest and greatest hardware with macOS at somewhat of a cross-road. Your choices are to either buy a 2 year old machine, or wait until the next one is released. It doesn’t leave you with much choice. I believe that hackintoshes give you more choice.

Is it as reliable as a real Mac?

For me personally, yes, a hackintosh is as reliable as a real Mac. But this is going to be an anecdotal response, your machines reliability will only be as reliable as the hardware you select. You’re going to want hardware that is as compatible with macOS as you possibly can. I’d recommend only buying hardware on tonymacx86’s Buyers Guide for your hackintosh. Once your machine is setup, it is 90% like using a real Mac. You can still download apps on the App Store, sign in to iCloud, sync with your iPhone etc. Business as usual.

The other 10%? Something will go wrong at some point, and you have to be prepared to fix it. Full system updates can break things, audio could randomly flake out, or you could end up with a kernel panic: 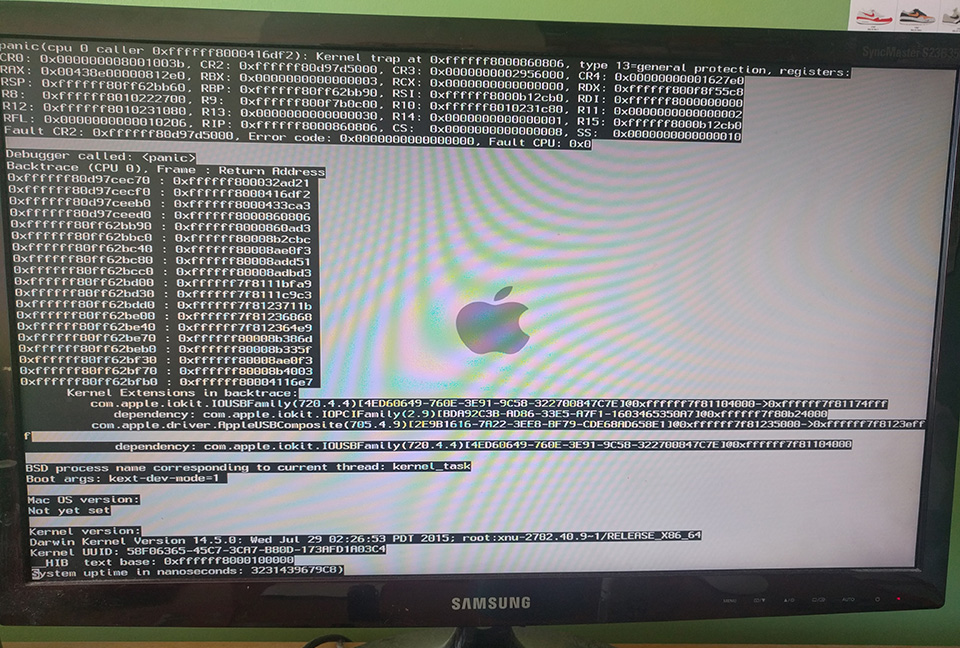 Random Kernal Panic on my hackintosh

As mentioned, higher hardware compatibility and correct system setup will minimise headaches. To put the errors in perspective – since the end of 2015, I have had 3 major system errors – 1) the kernal panic above 2) audio randomly broke 3) upgrading to Sierra broke a few things. 3 errors across almost 2 years is a pretty damn good success rate for a hackintosh if you ask me.

That being said, be prepared to research like you’ve never researched before. Do as much research as you can and really soak in absolutely everything you can about how these run. Learn your hardware, be prepared to troubleshoot and problem solve. I have learned so much about the inner workings of macOS and appreciate all the small things that Apple have done to make things ‘Just Work’.

Should you build a hackintosh?

The initial setup process can be tricky, and you must not be afraid to mess around with your system and expect that things may not work right away. But that’s okay, there’s an abundance of guides out there, and communities as tonymacx86 and /r/hackintosh with people who are willing to help and have often used similar hardware – so you won’t be stranded when things go wrong.

Using this machine day to day is genuinely no different to using the Mac at my workplace. If everything is setup right, you’ll forget that you’re running a hackintosh and just assume it’s a Mac, it can be that seamless.  The performance of the machine is incredibly comparable to that of a real Mac, and sometimes, they can perform better than real Macs. That being said, there are a few cons for me:

I’d only recommend hackintoshes for yourself if you’re comfortable playing with computer hardware and configurations. I’d build one for myself again, definitely, but I wouldn’t build one for my parents to keep at their house.